Last year, plans were presented to the neighborhood for a new mixed-use building at the corner of Texas and Mulberry Streets - 1137 Mulberry Street. Concept Architects, the group behind the Germantown Chiropractic building on Milton Street, is heading the development.

The camelback shotgun on the property will be demolished and a new structure will take its place, however, the plans for the new structure have been the center of debate. 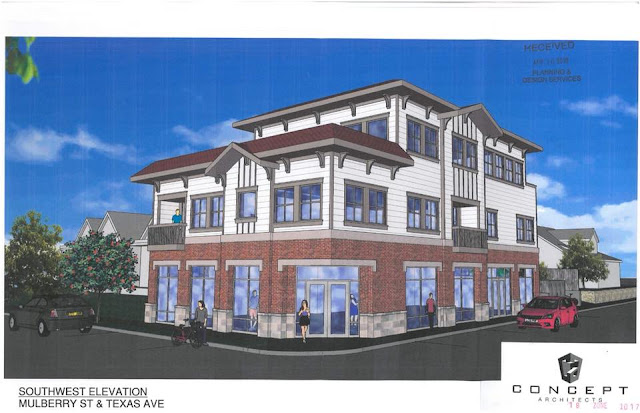 After concerns that the building was too large and did not fit within the aesthetics of the neighborhood, the firm made revisions to their initial plans.

Dan Spitler with Concept Architects, representing building owner Eric Carrico, attended the February SACC board meeting to present the most updated renderings of the project.

The updated renderings now reflect a two-story building, as opposed to the originally proposed three, as well as more stonework and less glazing on the lower level. 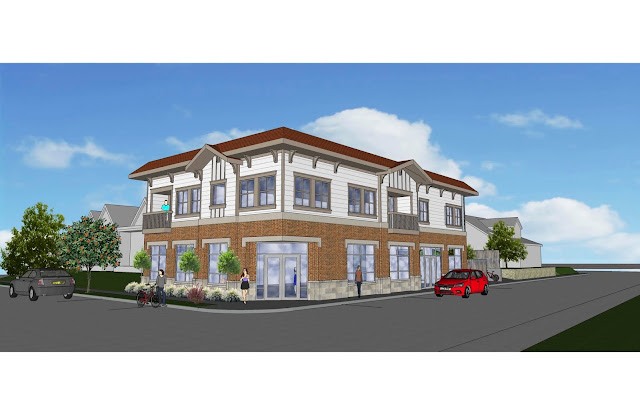 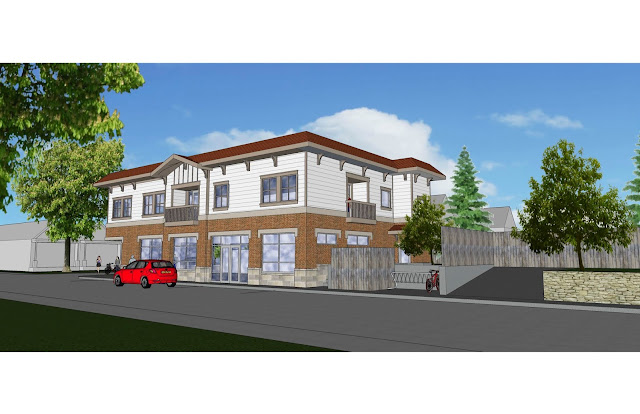 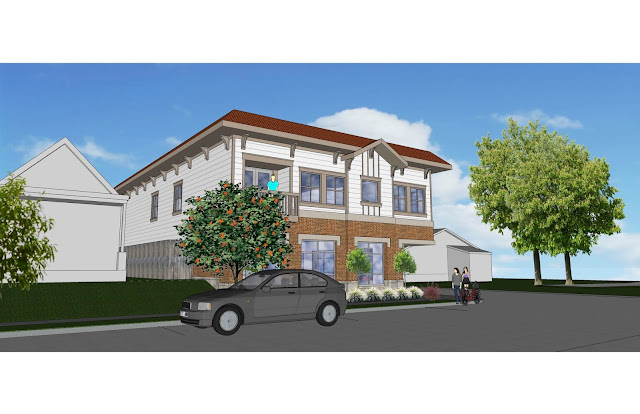 There would be no parking on the property. Since the property sits on the corner, there are five eligible spaces for the property on the street. Those 5 spaces fulfill the parking requirement for the structure, according to the city. 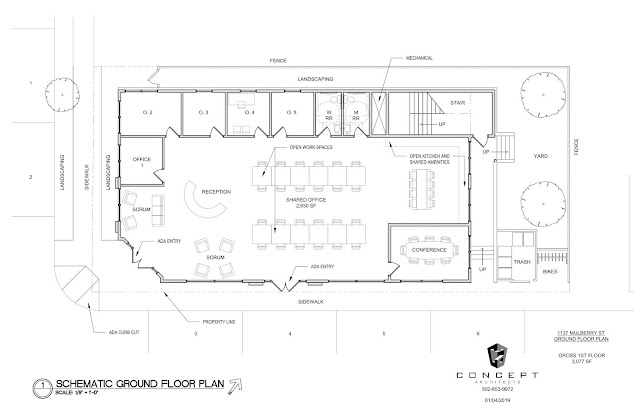 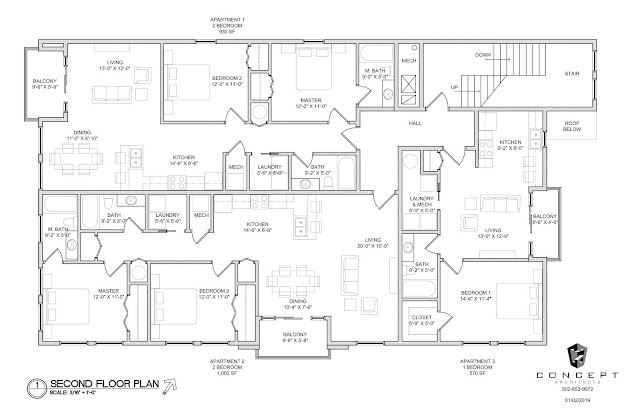 After the board's discussion, Mr. Spitler emailed the following list of comments and concerns he had taken away:

Mr. Spitler also added, "We are looking forward to working with you and the neighborhood to make this a successful project."

While the details are not finalized, the project will be moving forward with the new concept. There will not be additional public meetings held to gather public input on the project.

If you would like to submit comments for the project, email info@conceptarcs.com.