This was flying so low on the radar that it flew right past the SACC.

It wasn't until January 24th when SACC received notice from the Department of Codes and Regulations that we knew a change in ownership of 1481 South Shelby had taken place, or was even in the talks.

It seemed business as usual for Norm's Club 21, even after we received the change in ownership notice. When we saw posts lamenting the last "Tipsy Tuesday" on Norm's Facebook page we had confirmation "from the horse's mouth" that Norm's was, at least, closing the doors.

We wish the staff and owners of Norm's the best of luck on all their future endeavors.  (We reached out for comment, but have not received any as of yet.)

Now, you're probably wondering who the new owner is and what their plans are for the space.

Alison Freels, long-time bartender at the Monkey Wrench, posted the following on her Facebook this past weekend:


The moment the clock hit midnight, and became Feb. 1st 2014.....I OFFICIALLY became the owner of my own Lounge/Restaurant!!!! I have been working so hard on this, for so long. Over the next month, The Old Club 21 on S. Shelby Street, will be transformed into a super sexy lounge with amazingly delicious small plate food items. Just know that.......This Pollock is bringing My Rittle Family recipe of homemade Pittsburgh Polish Pierogies to The Ville! I'm hoping to have the remodeling wrapped up by the 1st of March. Germantown is about to have it's very own sexy lounge with a nice dose of edge. To my fellow Louisville Ladies....we so get to put on theeeee cutest outfits in a neighborhood bar YAY!!!
I will keep everyone posted with updates on the grand opening party......
Oh my god......I'm really excited and cannot wait to see all of you beautiful Villerz at "THE CURE lounge" 1481 S. Shelby St.

We hear construction is already underway on the interior of the building to give it the laid back lounge atmosphere the new owners are going for.  In addition to the work Go Green Germantown put in last summer, The Cure is hoping to add greenery and planter islands to the parking lot.  Turning the back patio into a lush beer garden, similar to the Holy Grale, is also in the plans.

We'll work to confirm this information, but they will most likely only be open until 2 am, as opposed to the 4 am last call time most Louisville bars have.  However, to accommodate bands and events in the back concert hall, they will have a bar license to remain open until 4 am.

The current layout of the building has a large L-shaped bar in the front with tables and a couple of booths, and is generally an area used for karaoke.  The room adjacent to the front bar houses a few pool tables and more booths.  Going further back into the building is a room with dart boards and additional tables.  Doors on the back of this room connect to a large concert hall that has an additional U-shaped bar, booths along the wall, a stage, and a large dance area.

In recent years, the building has changed ownership a few times, going from Club 21 to the Pour Haus then back to Club 21 again.  Actually, many businesses have inhabited the nearly 125 year old building at the corner of Shelby and Burnett streets.  SACC consulted local historian, Lisa Pisterman, for a little more information on the building and its origins:


The building was built in 1887 at Shelby and the northeast corner of Stonewall streets.  The building housed Ziegler's Saloon and Grocery and the Ziegler family lived on the premises.  Frank Ziegler was born in Louisville and was considered a prominent business man in the community. Ziegler held the position of Vice President of Falls City Brewing Company and had business interests in the Grocer's Baking Company and the Merchants Ice and Cold Storage Company.  According to the August 1, 1904 edition of the Courier Journal, Ziegler was an avid gardener and had cultivated a banana plant which successfully bore fruit. The grounds at Shelby and Burnett were described as "an artistic garden with...rows and circles of gorgeous and variegated plants..."  The article goes on to describe the evenings that the Ziegler's and their friends spent enjoying the park-like setting that the Ziegler's spent over 7 years cultivating.  The business was always open, even through Prohibition.  In 1908, a help wanted ad in the Courier Journal ran as follows: Cook, German girl with references.  Apply J.F. Kilgus.  The building had the most famous dance floor in Louisville, along with the Fontaine Ferry Park Dance Floor.  In its heyday, the bar housed an antique clock, an old gas pump, a carousel horse and a wooden Indian. 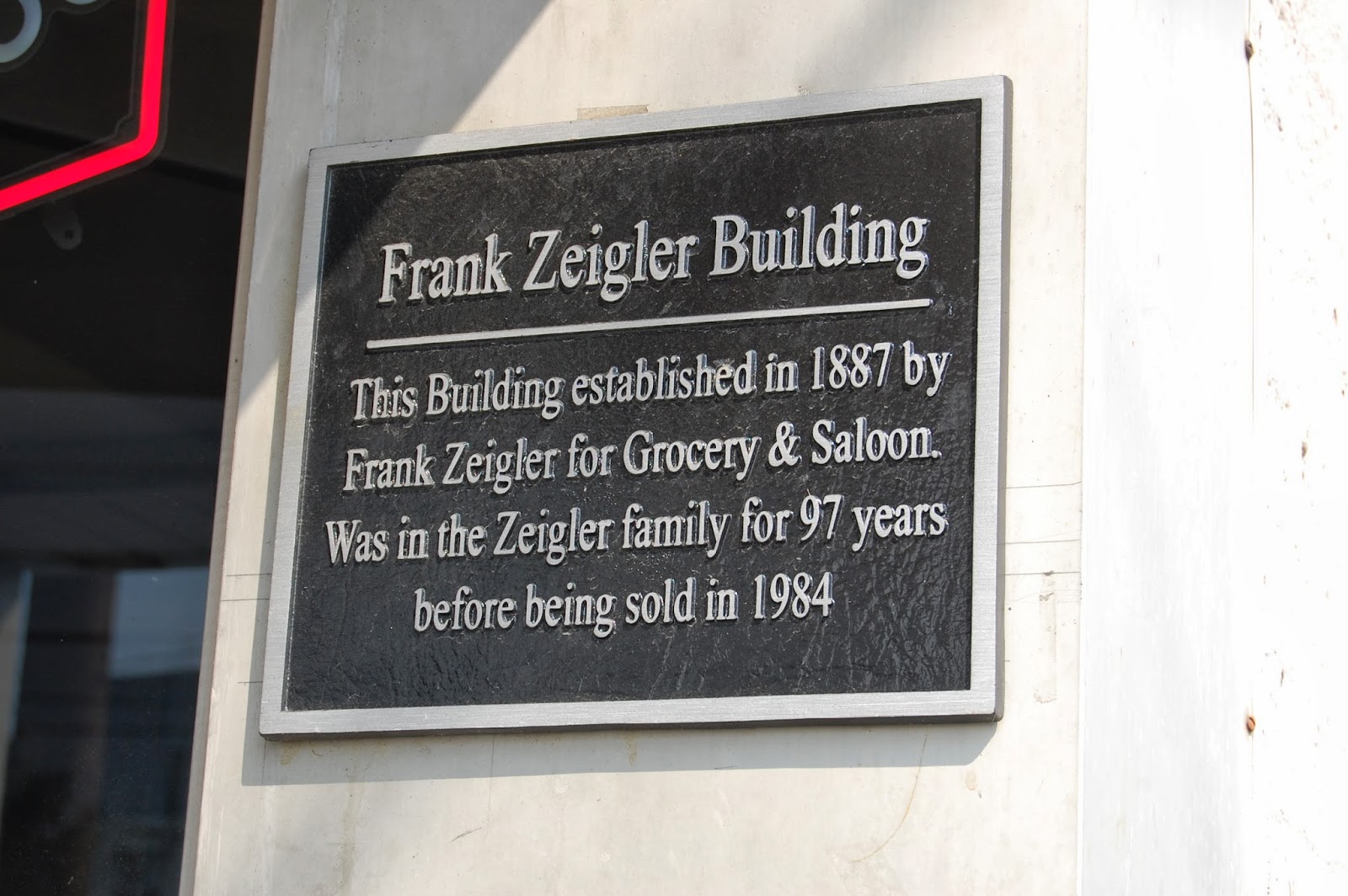 We love the vibrant history of Schnitzelburg and we are very much looking forward to a bright future.  Welcome, The Cure!  We can't wait to kick back and have a pierogie!